The fauna of the Estonian forest is very rich. The large expanses of forest allow to find many different species of animals. Here are some that caught my attention and with which I coincided while carrying the camera with me.

The Wolf (Canis lupus), or gray wolf, It is a majestic animal that can be found in Estonian forests. In 2018, it was selected to be Estonia’s national mammal and its image could be found in the two-euro commemorative coin dedicated to the Estonian national animal that will enter into circulation in spring 2021.

Meeting this animal in the forest is impressive, the specimen we found was quite large and moved fast.  Having it in front of you makes you understand why it has generated so much fear in the imaginary of popular cultures.

Formica rufa, commonly called red wood ant. These ants have a very territorial behavior.Any closeness is interpreted as a signal of attack. They move their antennae to guide the attack, wave their limbs as a warning signal, open their jaws and point their abdomen to spray formic acid. Knowing that the attack will come from the back, these ants have been able to adapt to take a defense posture totally opposite to their comfort posture, managing to have a great deterrent force. Very curious, but be careful.

In this previous post I was already talking about the Common European Viper. You can visit it to see more photos. 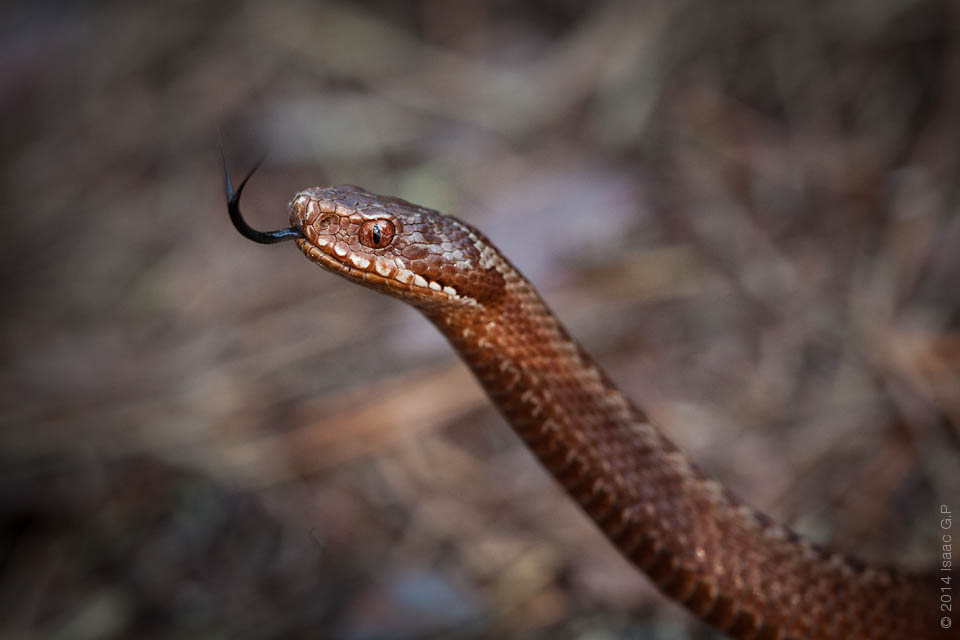 Yponomeuta evonymella or Bird-cherry ermine. In its caterpillar form it is a very curious creature. I was especially struck by her upper extremities ready to grasp while the rear ones serve as support and push. It is also curious to see his blood system against the light.

Common lizard (Lacerta vivipara) is a very widespread reptile, pleasant to find familiar faces in the strangest corners. It is not very scary and allows human closeness.

European garden spider (Araneus diadematus), a female specimen. The Estonian forest is full of spiders. It is wonderful to see dozens of spider webs shining through the trees. A paradise for spiders. This type of spider is very common and very easy to find.