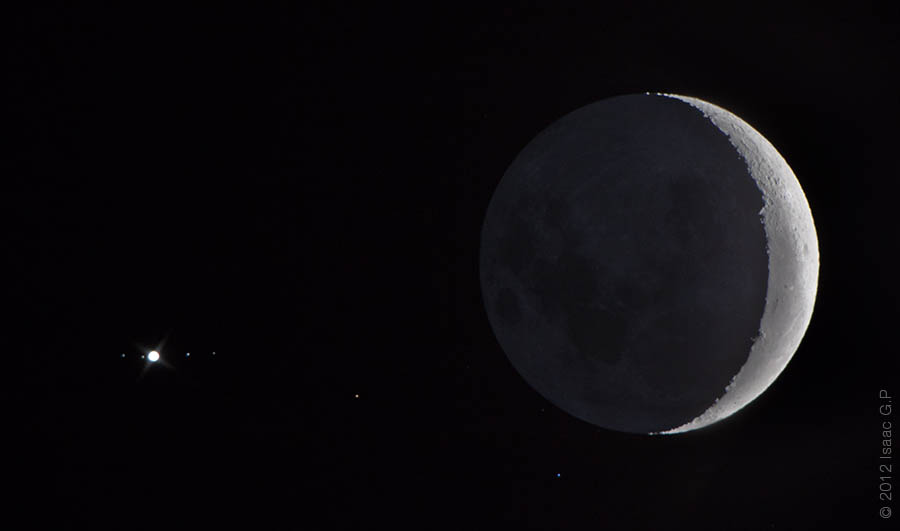 In this photo The planet Jupiter is about to be hidden by the Moon on July 15, 2012.

You can see, from left to right, the satellites of Jupiter Io and Europe, then Jupiter followed by its two other Ganymede and Callisto satellites, and then the Moon. The image also shows two stars, the one between the Moon and Jupiter is a double star SAO 76571. 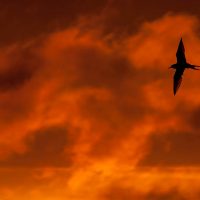 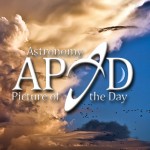