The begining of the trip: Santorini (Thira), Greece

When I arrive to a new city or area, I like to take a look around. Usually, the cities are designed for the inhabitants and for the activities that they developed. So, if you pay attention you can understand it.
I like to go to the highest point in the area, from where I can see the landscape. From there I try to recognize the terrain locating the strategic points for every community: water, food sources, defensive needs, communications, garbage managements, etc; and geographic obstacles or limitations. Layer by layer, with the history of the place in your hands, you can imagine how the village has been evolving through the time and where it is developing. That has becoming very helpful because understanding the geographical elements of each area can tell you if the street that you are following is part of the old city or is a new one, if you are going in the right direction, if you are near to an area out of your interest, avoid dangerous areas, and recognize problems that the population have and could be the beginning for a conversation. 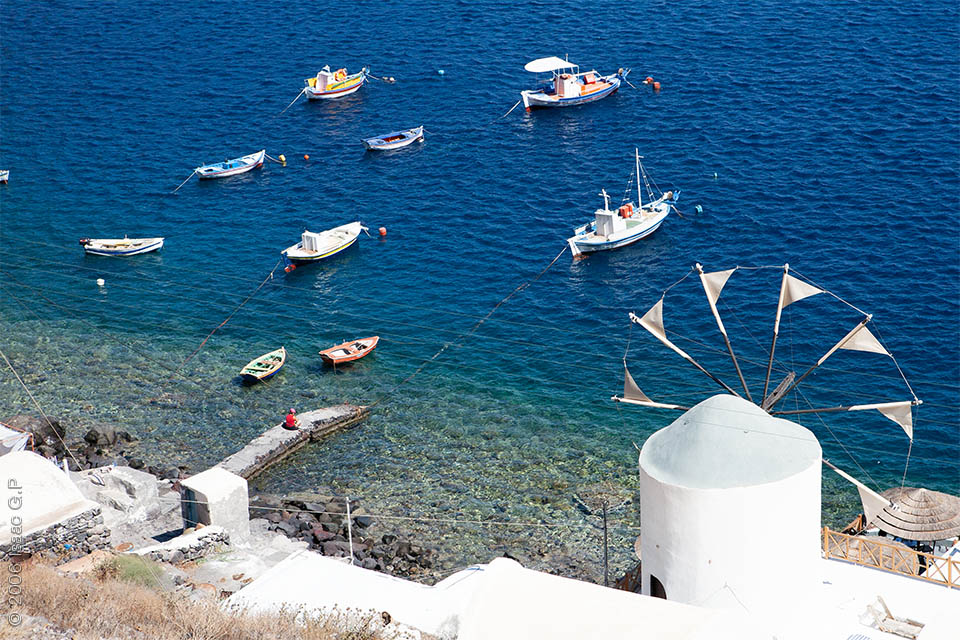 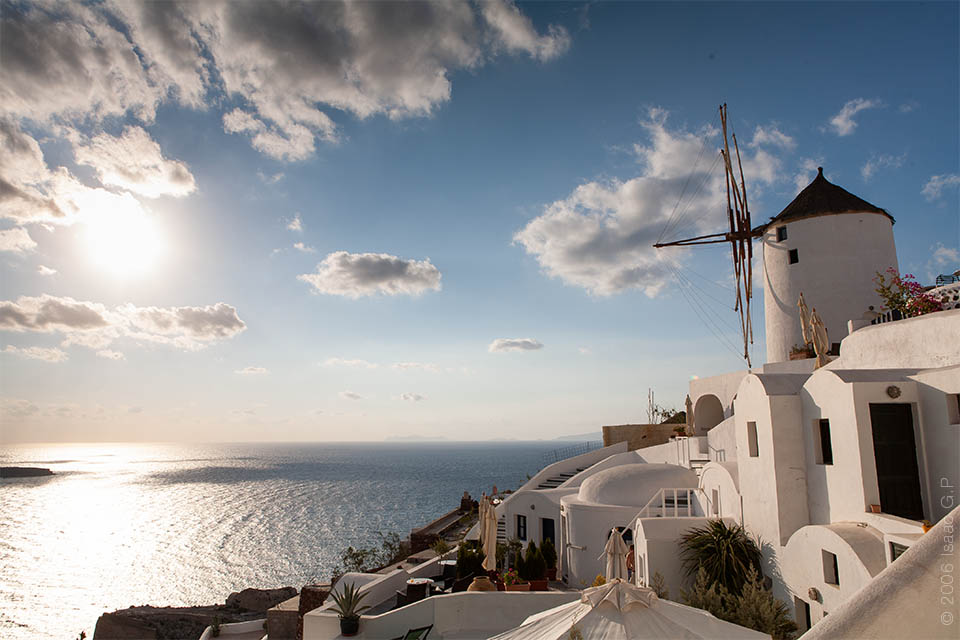 So, that was the beginning of that trip to Thira/Santorini. If you are in another island then you will arrive to a separate port in the middle of the night, and in front of you it will appear a long road climbing the 260 m of altitude which has the cliff wall. It is a friction element if you want to make the road by walking, but not big deal if you are in good shape.

Arriving to the highest point of the old capital of the island, I can take a rest over an old ruined terrace, wind exposed. I chose this place because I wanted to see the stars. I’m doing a dossier for a university subject about the history of the constellations, and have been there all the night looking the sky make me figure out the order and the history. Some parts have been trodden by those who came later, others were left by those who came before. Like the ruins where I am in now, it is the history of civilization. 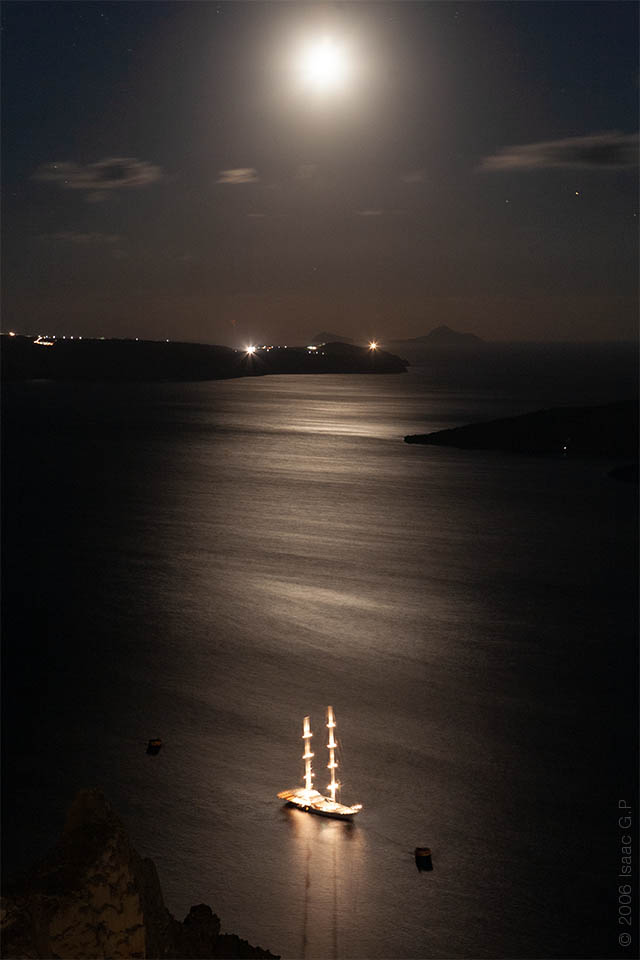 The morning is coming and also someone climbs the stairs. We start to talk. He is an entrepreneur who has the tradition to see all the mornings the sunrise from that highest point. We enter into an interesting conversation, going quickly from the common places to some certainties that we think we have and that we only dare to share with strangers that we will never see again. 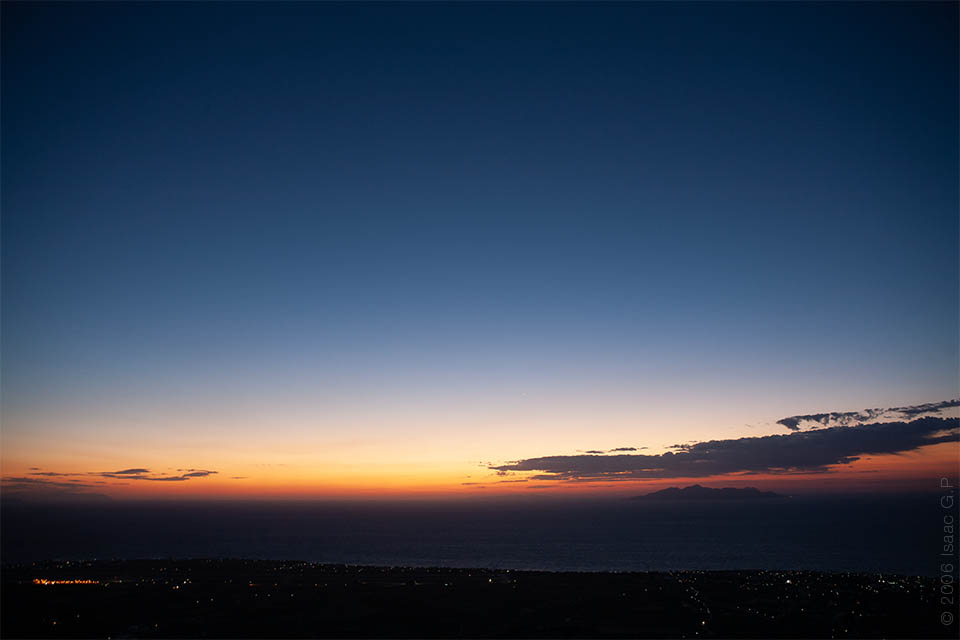 Windy day, the conversation is ending. He has to go; I have to continue. Interchange of the last ideas, some compliments. The GPS starts tracking again, a long way to go. 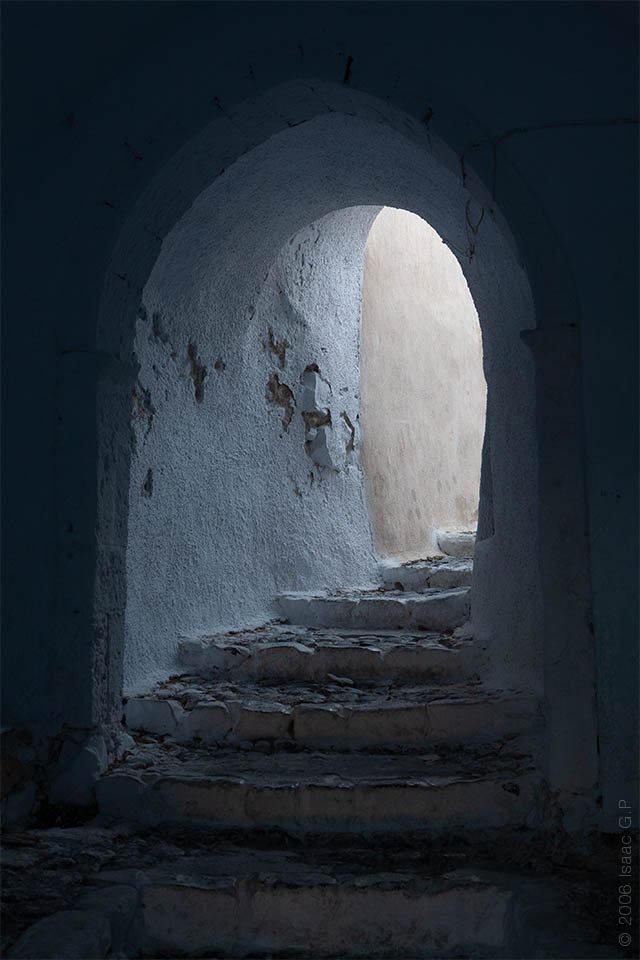