On November 13, 2002, ‘Prestige’, a Bahamas-flagged oil tanker with 77,033 tons of fuel on board, started to capsize near the coast of Galicia (Spain) and a slick of oil spilled five miles long. Six days later, on November 19, after being towed out to the open sea, the tanker breaks in two and sinks 3,600 meters below the sea, just 246 miles from Finisterre (A Coruña, Spain).

The fishermen who saw first that the oil was approaching the coast, went out to the sea with their boats to pick it up before it reached the coast and the estuaries where the oil would cause irreparable harm. Barriers were constructed to try to contain it, but the oil was very slick and it managed to reach the coast.

During the following days the oil came to the coast, nothing was left unspoiled. A black layer covering the lives of many people.

People tried to clean it up with any means they could reach. It was not enough. Wave after wave came covered with oil.

Thousands of volunteers came from everywhere to help remove the oil from the coast.

The cross is the symbol of what is dead, covered in black as the sea. A natural disaster, a human drama 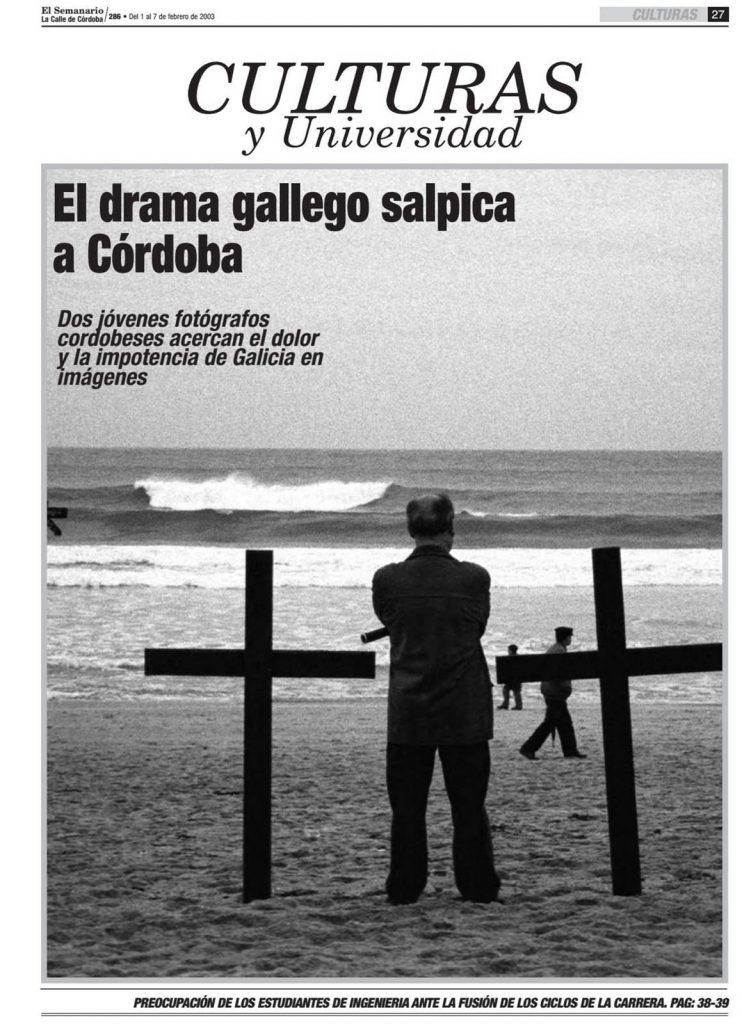 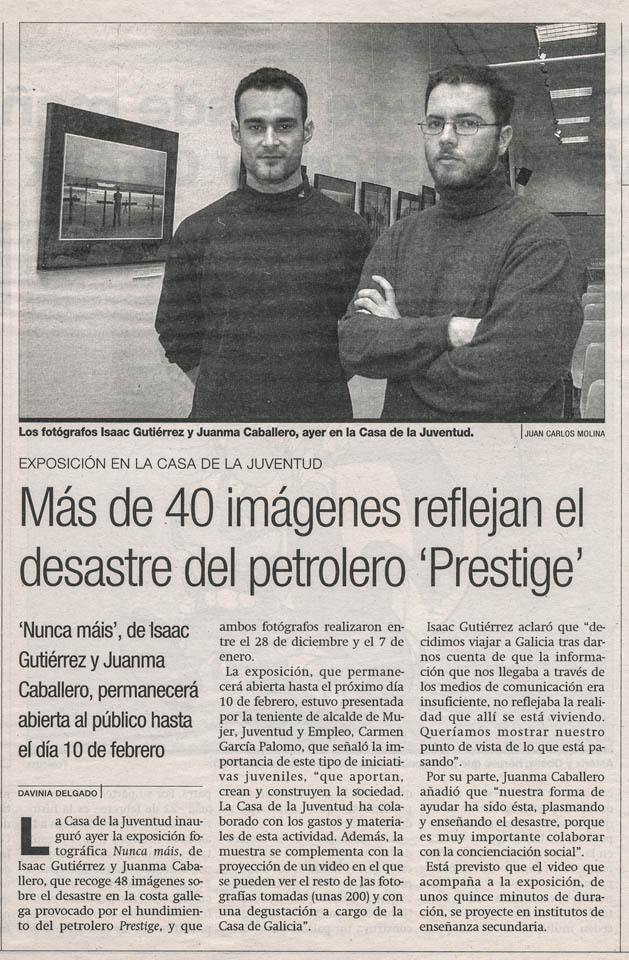 Rio Tinto, the river and the mine

Horse racing on the beach